Koh-I-Noor - The Mountain of Light

Koh-I-Noor was discovered in 1306 in the state of Andhra Pradesh, India (one of the world’s earliest diamond producing regions). Its original weight was 600 carats and once it was the largest known diamond in the world. 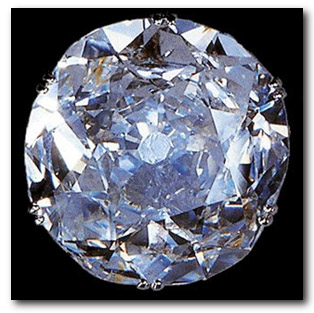 There are many versions of history behind this diamond. One of the versions says that its first owner was the Emperor of Warangal (south of India). After this king was defeated by The Sultan of Delhi, this masterpiece became the prized possession of Delhi Sultanate.

From then onwards, this stone passed to successive rulers of Delhi sultanate till its last ruler - Ibrahim Lodhi - was defeated by Babur (the first Mughal Emperor) in 1526.

This mesmerizing crystal remained the pride of Mughal’s treasury for more than 200 years till Nader Shah a Persian, invaded and looted Delhi in 1739. Koh-I-Noor was part of the bounty which was taken by him to Persia.

It is said that, when he first saw and laid his hand on this diamond, he was so amazed by its beauty that he exclaimed "Koh-I-Noor" meaning Mountain of Light. And from then onwards this fabulous stone got its present name. 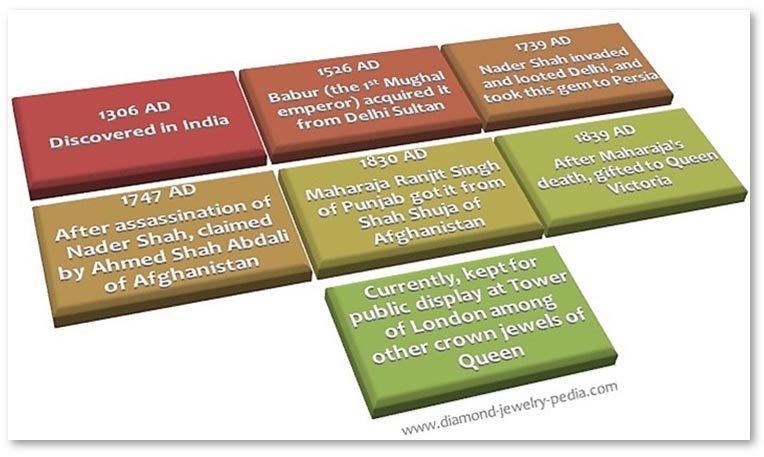 After assassination of Nader Shah in 1747, the diamond was claimed by Ahmed Shah Abdali of Afghanistan. It remained in Afghanistan till 1830, when Shah Shuja, the deposed ruler of Afghanistan, fled with this diamond to Lahore. Here he gave this masterpiece to Maharaja (The King) Ranjit Singh of Punjab who in return won back the throne of Afghanistan for him.

So, after about a century, this diamond was back in India.

After the death of Maharaja in 1839, Punjab was formally proclaimed to be part of British Empire in 1849. Lord Dalhousie, the Governor-General in charge acquired and gifted the immortal to Queen Victoria. The presentation to Queen became the latest in the long history of transfers and ownership changes of this magnificent crystal.

When this stone was handed over to Queen in 1852, it weighed 186 carats. However, to enhance its brilliance, it was cut to its current weight of 105.6 carats.

Kohinoor diamond before (left) and after (right) 1852

It was later set in the crown of Queen Alexendra followed by Queen Mary and Queen Elizabeth. Currently, the Kohinoor diamond is kept for the public display at Tower of London along with the other crown jewels of the Queen. 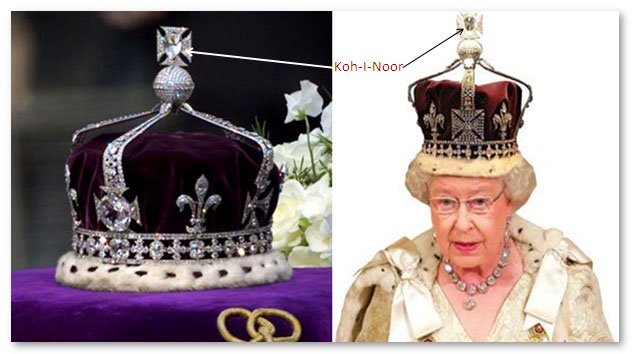 It is believed that this stone has a curse and only if it is owned by women will the curse not work. All its men owners have either lost their throne or had other misfortunes befall them.

Possibility of a curse pertaining to ownership of this diamond dates back to a Hindu text which states that “He who owns this diamond will own the world, but will also know all its misfortunes. Only God, or a woman, can wear it with impunity”.