Taylor Burton also famous for being the first million dollar diamond, was found in 1966 in the Premier mine of South Africa and originally weighed 241 carats (48.2g). It got its name when actor Richard Burton gifted this diamond to his wife Elizabeth Taylor. 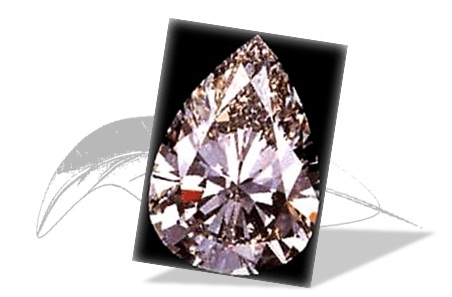 Harry Winston - who was the first owner of this crystal - along with his cleaver, Pastor Colon Jr. studied the crystal for six months. After the detailed study, areas were marked from where stone would be cleaved. Finally, the stone was cut into a beautiful pear shaped diamond, weighing 69.42 carats (13.884g).

In 1967, Harry Winston sold this diamond to Harriet Annenberg Ames (the sister of Walter Annenberg; the American Ambassador in England). However, Harriet couldn't enjoy the beauty of this gem as it was kept in bank locker. Also, she was apprehensive to use it because of its size.

So, instead of keeping this diamond with herself, she decided to sell it through an auction. It was then purchased by Robert Kenmore, the owner of Cartier at a price of $1,050,000.

This was the first time that a diamond was auctioned publicly in millions, making it the first million dollar diamond. Though before this, diamonds might have been privately traded in seven figures.

Cartier then studded this diamond as the centerpiece of a necklace, which was later purchased in 1969 by actor Richard Burton for his wife Elizabeth Taylor.

The necklace was put on display in Cartier’s New York store for some time, before handing it over to Mr. Richard Burton. This attracted lot of media coverage and public attention - with thousands of people queuing up to have a glimpse of the gem - due to its association with Hollywood celebrities. 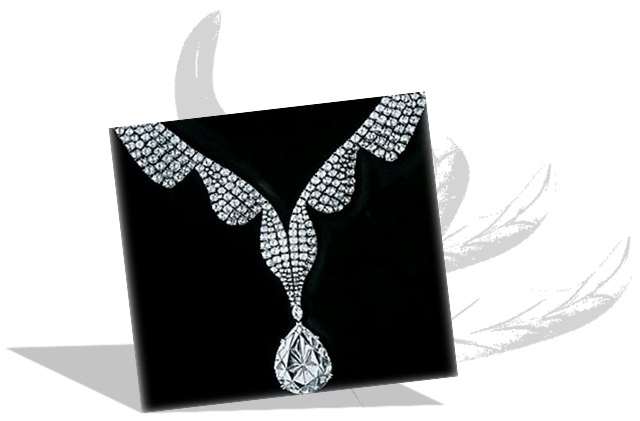 Elizabeth Taylor wore this gem publicly for the first time at 40th birthday celebration of Princess Grace of Monaco.

In 1978, after giving divorce to Richard Burton, Taylor sold the diamond at an auction. It was bought by a New York jeweler, Henry Lambert at an unbelievable price of $5,000,000. Part of the proceed was used to build a hospital in Botswana.

In December 1979, it was finally purchased by Robert Mouawad, who then had this crystal re-cut. Before the cut, the curved half of the stone’s girdle had rounded outline. But after the cut, the outline was made little straight and the culet was made smaller. After this cutting, this crystal weighs 68.09carats (13.618g).