Derived from the Greek word "Amethystos" - meaning "not intoxicated" - it is the birthstone of month of February. This gem has a history of over 4500 years. It is documented in early Greece, circa 2,500 B.C. It is pronounced as AM-UH-THIST. 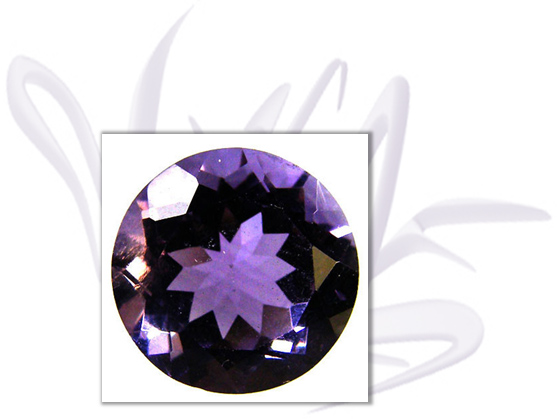 Ancient Greeks believed that this stone was a protection against intoxication or poison. Moses described this gemstone as a symbol of Spirit of God.

On the Mohs Scale of hardness, this gem is rated 7, thus it is definitely very hard.

Throughout history, this gemstone has been associated with many myths, legends, religions, and numerous cultures.

This gem was believed to prevent the wearer from getting drunk, and if a symbol of the sun or moon was engraved on it, it was thought to prevent death from poison! In Tibet, this jewel is considered to be sacred to Buddha and rosaries are often fashioned from it. 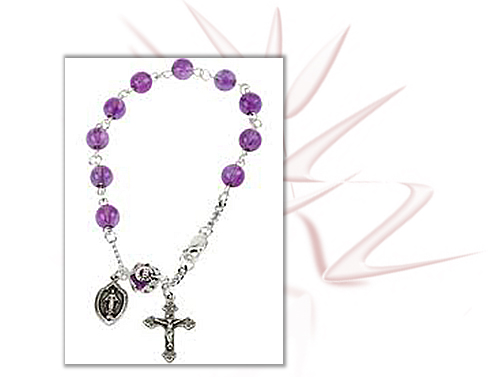 It is said to bring serenity and calm, to enhance one's ability to assimilate new ideas, and to assist during meditation. It is also said to give strength and mental stability, and provides balance between one's physical, emotional and intellectual states.

Stone from Uruguay has a deep purplish-blue color, as does the stone from Arizona. Russian origin, popularly known as "Siberian Amethyst", has a very deep color with reddish and bluish tints. It originates from deposits that have since been exhausted and therefore command a high price.

Stone from Africa is generally more deeply colored than South American variant, and the label "African Amethyst" in the gem trade may be improperly used to describe a deeper color stone even if it didn't originate in Africa. 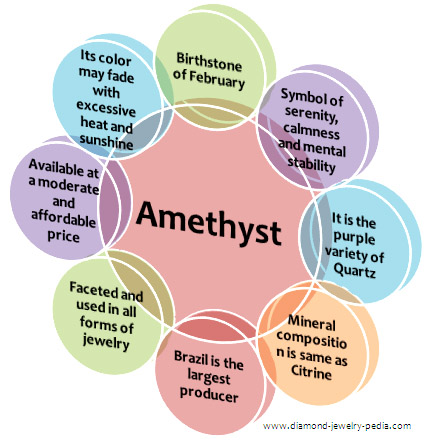 This gem is the purple variety of the mineral Quartz, and is its most valuable gem variety. Quartz also contains other gemstones such as Citrine, Rose Quartz, and Smoky Quartz. Amethyst has the same mineral composition as Citrine with the difference being the oxidation state of the iron impurities present in the quartz. Upon heating, the iron impurities are reduced and its purple color fades and becomes yellow to reddish-orange Citrine.

Available in shades from light to dark purple, few gems are confused with it, especially in deeper shades. Color of purple sapphire may match with this stone, but former is very rare and command much higher price than the latter.

The color distribution of this gemstone is sometimes uneven, and this is often taken into account while cutting a stone. Care should also be taken with this gem as it is known to form curve shaped fractures if banged too hard. This gemstone may fade due to heat and strong sunshine, but if you guard it from these conditions, it will retain its color indefinitely.

The gemstone is considered to be one of the most versatile gems in the market today. Following are its uses:

It is faceted and is used in all forms of jewelry including rings, necklaces, earrings, bracelets, and pendants. Ornamental items are occasionally also carved from large stone pieces. Low quality stones can be used as bead gem and can also be cut into cabochons. 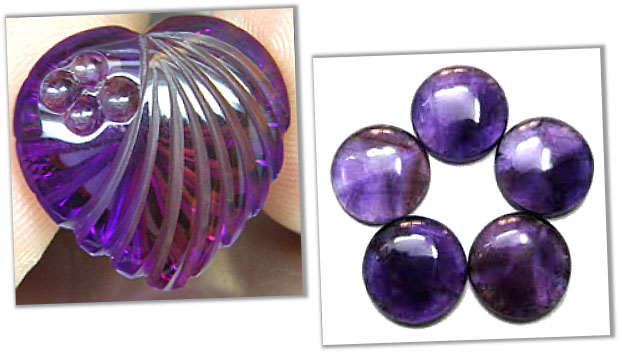 This stone is said to help remove toxins from the body and to help treat arthritis. It is also said to be useful in treating a number of disorders including those of the digestive system, heart, nervous system, skin and hearing. It also helps in providing relief from pain and strengthens the immune system.

Due to its relative abundance compared to other precious stones, its use in jewelry is significantly more affordable and makes great gifts. 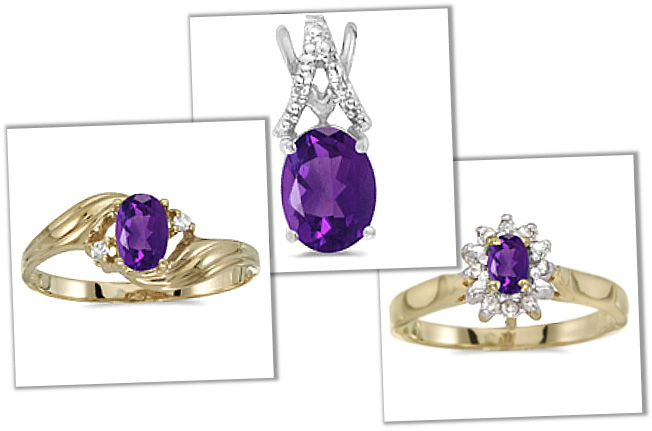 In ancient times, this jewel was considered more valuable than diamonds and was highly regarded among the precious gemstones like Ruby and Emerald, but discoveries of its huge deposits since the 1800's have made it fairly inexpensive and very obtainable.

This jewel is probably one of the most beautiful stones available at moderate prices, although one must be careful because its "fine" quality is being produced synthetically today.

It is sometimes heat treated to deepen the purple color and transform lighter colored stones into deeper hues. More often though, this stone is heat treated to produce Citrine and the green Quartz known as Prasiolite. Although Amethyst sources are abundant, synthetic siblings are also produced using the hydrothermal method.

Beware, there is a abundance of its synthetic variations in the market. If the color is rich and the price is low, it’s likely to be synthetic. Deal with reputable jewelers when considering to purchase. It’s highly recommended to get the stone tested in laboratory for confirmation of authenticity and whether or not any enhancement techniques have been used.

The gift of this jewel is the symbol of protection and the power to overcome difficulty. It is said to strengthen the bond in a love relationship, so it is an ideal anniversary or engagement gem. Whether or not this stone holds such power, its stunning beauty will certainly make you feel like royalty!

Return from Amethyst to Birthstone Jewelry