Before Marange diamond fields were discovered, until 2006, most diamonds in mineral rich Zimbabwe were an "accidental find". However, its discovery in 2006, created a "frenzied diamond rush," by starving and impoverished miners who desperately sought relief from the country's ongoing humanitarian crises.

A subsequent thriving black market ensued with an estimated 15,000 to 20,000 illegal and unlicensed miners working the land and illegally selling their diamond finds to dealers outside the country.

With discovery in Marange, it’s estimated that Zimbabwe can produce 2 to 3 million carats diamond per month for 20 years. It has a potential to supply 25% of the global demand and is tipped to become the third largest diamond producer by end of this decade. The area of Marange diamond deposits alone is around 120,000 hectares.

But, by 2008, the Zimbabwean government, led by dictator Robert Mugabe, got its eye on this huge wealth and decided to crackdown on the illicit trade and thus stopped the flow of revenue leaving the country.

However, now rather than protecting the fields from illegal mining, the military, backed by the government started mining the fields with forced labor from the local villages as mineral exports provided the last remaining source of possible income for the troubled and corrupt government.

Due to continuing human rights abuses and funding of war, Marange diamond has been widely boycotted across the world. Rapaport (group of traders that comprises of 6,750 members from 78 countries) has stated that companies trading in Marange stones would be expelled from the group, because they don’t want to be on the wrong side of human rights’ debate. 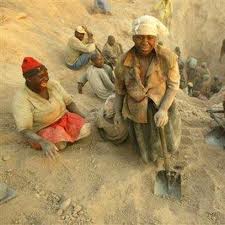 Kimberley Process (an international watchdog of conflict diamonds) has also suspended exports from Marange fields. However, in June 2011, Kimberley Process allowed two mining companies to start export from their Marange mines. But, exports from other Marange mines are still banned until independent, international experts deem them to comply with the KP.

The decision of lifting ban was supported by India (with Surat being huge market for Marange roughs) and China (big investor in Zimbabwe and likely to have close diamond trading ties), but was widely opposed by western countries led by the US.

Although, KP has cleared two mining companies (Mbada Diamonds and Marange Resources) but, the US has slapped sanctions on these major mining companies. These companies were punished for having joint venture with Zimbabwe’s state-owned mining company which was already under sanctions list.

This US’ move has been openly objected by jewelry apex body (GJEPC) of India as it has emerged as the major market for Zimbabwean stones and has huge potential to create more jobs in diamond and jewelry sector.

The biggest beneficiary will be Zimbabwe which desperately needs revenues for health, education, refinancing of its banks and other government projects. If the government utilizes its rich diamond resources in an honest and judicious manner then no one can stop the turnaround of this nation. Just like what the discovery of oil did to the economy of oil-rich nations in middle-east, similar story can be written by this country.

According to latest reports (at the time of writing this article), Zimbabwean government has announced that only large-scale diamond mining companies will be issued licenses to operate in Zimbabwe because small-scale miners do not have capacity to comply with KP standards. 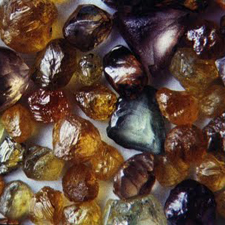 India and especially Surat (world’s largest diamond cutting and polishing center and it specializes in cutting and polishing rough stones from Marange mines) will be another beneficiary of outflow of diamonds from Marange fields. Already, with the arrival of Marange stones, diamond prices in India have come down by 25% leaving traditional giants like De Beers perplexed.

Due to global economic slowdown, nowadays there is rising demand of low-range polished diamonds in the retail markets of India, China, Hong Kong and Middle East. So, with Marange being a huge source of low-range roughs and lifting of export ban from its fields, Surat diamond industry will be directly benefited.

This is because, with increased supply of roughs from Marange (estimated around 11 million carats), it is estimated that around 60,000 new jobs will be created in various cutting and polishing units of Surat. Manufacturing units have already started announcing various incentives to get more skilled workers.

Finally, if the government of Zimbabwe shows political will and manages the rich diamond reserve in a proper manner, this country has huge potential to change the face of diamond industry along with uplifting its crumbling economy.