Hardness of diamond implies its resistance to scratching.

Diamond is the hardest natural mineral found on this planet. Diamond derives its name from Greek word A’da’mas - which means 'unbreakable' - referring to its hardness. In Sanskrit it is called Vajra meaning 'thunderbolt'.

You may also like to read about how are diamonds formed and how diamond comes to earth’s surface.

What is Diamond's Hardness?

Reason behind Hardness is Diamond Structure

Diamond is formed of tetrahedral bonded carbon atoms with 1 carbon atom linked to 4 other carbon atoms. This bond structure forms an inflexible three dimensional lattice and it is the prime reason behind the hardness of diamond. 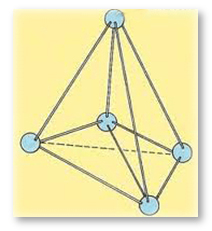 What is the main reason behind difference between properties of Diamond and Graphite?

This is a very common and obvious question, after all hardness of diamond and graphite are at the extreme end of spectrum, even after both being composed of carbon. 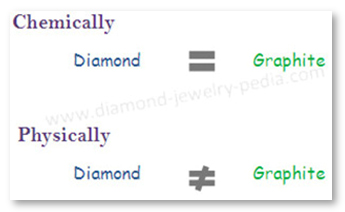 Chemically, diamond and graphite are identical (i.e. both are composed of carbon), but these two substances are quite opposite in terms of their physical properties. While, former is the hardest natural substance, latter is very soft in nature. 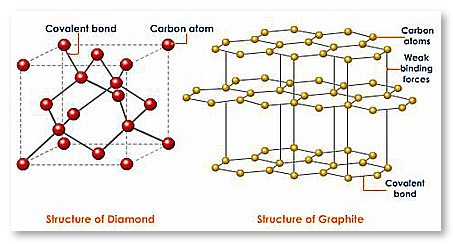 Confusion between Hardness and Toughness

So, while diamond is the "hardest" substance, in terms of toughness it can be only moderately rated. This is because of its ability to fracture along cleavage plane. This comparison will make your understanding clearer – Hematite (ore of iron) has hardness value 5.5-6.5 on Mohs Scale compared to Diamond’s value of 10, but on the scale of toughness Hematite is tougher than Diamond.

Thus, it can be safely said that Hardness and Toughness of a substance are independent of each other.

Is it possible to break a Diamond?

Diamond is extremely hard but is brittle as well, which means it can be broken by single blow. So, special care is required while polishing it.

Earlier, diamonds were polished only partially by rubbing it against another rough diamond. This process of manually polishing diamond is called "bruiting". However, these days laser and other advanced method for polishing have been developed.

Diamond cutting process - also called called Lapidary - is a long and complicated task. It comprises of cutting, shaping and polishing of diamond - resulting into a dazzling diamond that we usually relate to.

The hardness of diamond and its ability to cleave depends on the crystallographic direction (on the strength of the bonds between atoms in crystal). The crystallographic structure of the diamond to be polished is analyzed using x-ray diffraction. Such care is taken in order to choose the optimal cutting direction.

Earlier, it was believed that due to its hardness, diamond will not break even if it is hit by hammer. Therefore, it was often hit by hammer to test its hardness and genuineness - that's it's said "half knowledge is very dangerous".

This absurd practice resulted in loss of many precious pieces. But, Thank God this practice was not tried on other famous diamonds like, The Koh-I-Noor or The Blue Hope!

Having said that, now since we know the difference between these two properties, we can say it was not the hardness of diamond that was tested, rather it was its toughness that was tested.

Can Diamond burn or melt?

This is another area of confusion among people that whether diamond can be burnt and/or melted. Well the answer is 'Yes'. 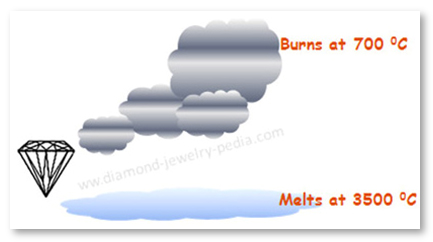 Diversified Uses of Diamond due to its Hardness

Diamond has transcended across various cultures for its gemological and industrial use. You may like to read about diamond history.

Due to its hardness, diamond is best suited in jewelry as compared to other gems and birthstones. Thus it’s a preferred stone in wedding and engagement rings as it can survive wear and tear of daily use.

So I am sure, now you would have understood the concept behind hardness of diamond and how it is different from its misunderstood toughness.

Return from Hardness of Diamond to Diamond Information page

Return from Hardness of Diamond to Diamond Jewelry Homepage