The term "Opal" is derived from the Sanskrit word "upala" which means precious jewel. It’s also believed that this name was evolved from Greek word "Opallus" which means change in color. It’s pronounced as OH-PULL. 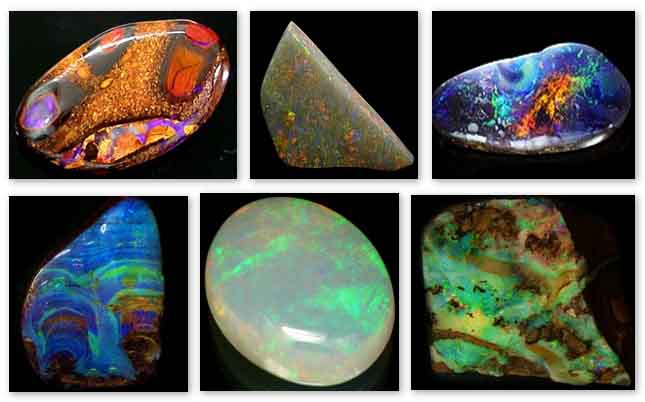 With vibrant colors and brilliance resembling the colors of fall, is certainly appropriate as the birthstone for October. In ancient time, this jewel was the symbol of fidelity and assurance and later on became strongly associated with religious emotion and prayer.

It is very difficult to describe the color of this gem in words. It is unique among the gems in the sense that it displays an array of very brilliant miniature rainbow effects, all mixed up together, with intensity and quality of color that can surpass the "fire" of diamond. Sometimes, fine quality of this gem can be even more expensive than a diamond.

Its most outstanding characteristic is its unusual, intense display of many colors flashing out like mini rainbows. This phenomenon is often called opalescence. This effect is created by its formation process, which is very different from that of other gems.

This stone is composed of hydrated silica spheres which were formed millions of years ago when mix of water and silica flowed inside cracks beneath the earth's surface. That is why, it is also sometimes called "water stone". 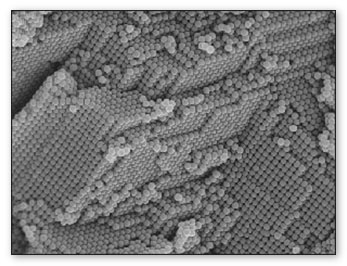 The mini-rainbows seen in most of the varieties, is the result of light interference created by these hydrated spheres. The arrangement of the spheres, which vary in size and pattern, is responsible for different colors.

Since there is no additional brilliance to be captured by a good faceting job, it is usually cut flat or in cabochon. Its precious varieties are cut and polished into cabochons and used in all forms of jewelry, especially as pendants and ring centerpieces.

Medicinal & Therapeutic: Earlier, many believed that to the extent the colors of red and green were seen, the therapeutic powers of stones of those colors (ruby and emerald respectively) were also enjoyed by the wearer.

People believe that this stone has therapeutic properties that can rejuvenate wearer’s spirit. It was believed to have a strong therapeutic value for eye diseases and if worn as an amulet it could make the wearer immune from all such diseases and increase the powers of the eyes and the mind.

Australia is the largest producer of this stone, so no doubt it is its official gemstone. Australia is said to have the large deposits of this stone that is yet to be found. However, due to cost of exploration being more than the return value, it is mostly small mines from where this gemstone is extracted.

Generally speaking, purity of color, absence of dead spots, flawlessness and intensity of color are the primary variables that affect the value of this gemstone. The best varieties can command prices that can rival the most expensive diamonds, rubies and emeralds. Another factor that determines its high price is the caution that must be exercised in cutting, polishing and setting it into jewelry.

Stones with an abundance of red color are usually the most expensive. Those strong in blue and green are priced less (although equally beautiful) because of not being as rare as red variety. Some of the varieties are very transparent and are classified as "jelly", "semi jelly", or "water" opals. 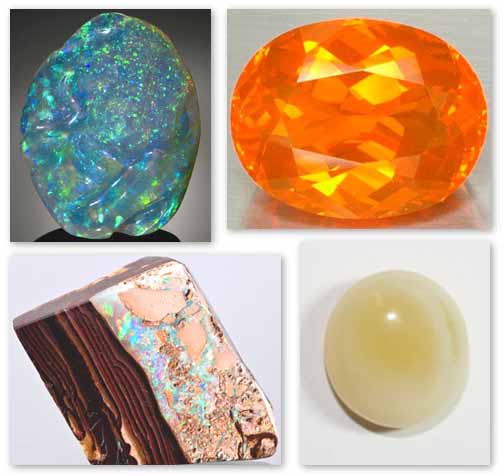 Black Opal - finest of all varieties - is usually a deep gray or grayish black with flashes of incredibly brilliant color dancing around within and above the stone as it is turned. It absorbs most of the light striking its surface, thus, creating a dramatic contrasting colors caused by the diffraction of reflected light.

Fire Opal is colorful, transparent to translucent (that has a bright usually orange to red color) and is faceted into several gemstone cuts for jewelry.

Boulder Opal is also a popular form which is used in jewelry, especially as cabochons. This variety makes a good choice for opal engagement rings, since it's sturdy among other varieties. It is a rough or a cut gemstone that displays opal within a surrounding rock matrix. The contrast of color can be striking when a bright flash of this gem is seen within the surrounding rock material.

Common Opal does not exhibit any "play of color". It has got its name because it is found in many places throughout the world. It can also be carved into small ornamental figures.

As with all highly desired gems; higher the value and demand, higher are the chances of fraudulent practices. Because of the popularity and value of this gem, imitations and synthetics are abundant.

One must pay special attention while purchasing the black variety. It should be ensured that it’s not a doublet or triplet (a stone composed of two or three pieces of stones glued together) unless that is explicitly stated and priced appropriately for a complete stone. The black stone doublet provides an affordable option to one who loves them but can’t afford expensive true black opal. But, it also offers another opportunity for misrepresentation that can be very costly to the consumer. 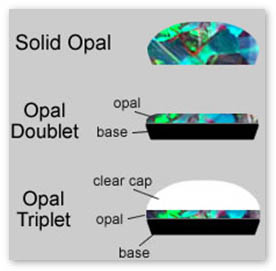 While there are imitations, for the most part they are still not worth mentioning. They are made from plastic or another glassy substance that is not silicon dioxide. It’s often sold by the name "opalite".

Synthetic varieties of this gem are very difficult to be differentiated from the naturals and are being encountered with increasing frequency. So, I am reiterating that make sure you know what you are getting by checking the facts with a gemologist or an appraiser. And before making the final decision of buying, shop around. This holds true for this gemstone, more than any other stone.

A word of caution, this gem requires special care because some of its varieties tend to get dry and crack. It is very tough to maintain the beauty of this gem. Being NOT a very hard stone (Mohs Scale value around 5.5 - 6.5), it often loses its luster due to small scratches on its surface. However, it can be re-polished by a lapidary to renew a glossy surface.

Many a times, this jewel will seem to just lose its fire due to dehydration. So, avoid exposure to anything that is potentially drying.

Following precaution can be taken to keep this gemstone from excessive drying:

Take a bowl and fill it with distilled water. Place your jewelry in the bowl, under the water and let it soak for several hours. Think of it as a spa for your jewels! This should help rehydrate the gem and renew some of its life. This is especially vital in very dry or hot climates!

Sometimes, it is recommended to periodically wipe this stone with an oiled cloth to deposit a light film of oil on its surface. This advice has been proven wrong. Never rub this stone with oil or immerse it in oil. An oily build up will destroy the fiery play of color that makes this gem so valuable and once destroyed it cannot be restored.

So, take immense care to protect luster of these lovely gems.