Designer Platinum Engagement Rings - How it differs from Gold?

Smart marketing has seeded a general belief in minds of people that platinum is the metal of today while yellow gold was the choice of yesterday. No doubt, when it comes to precious white metals none can beat platinum. 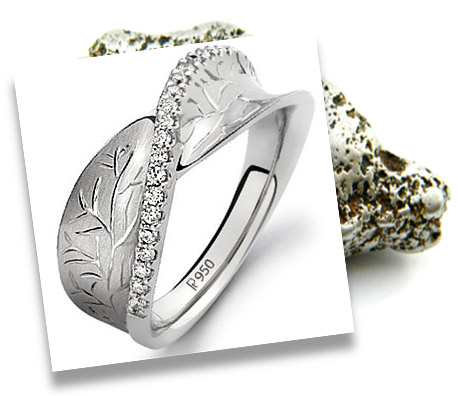 Its white luster add an altogether new dimension to sparkle of diamonds. But why only diamond, platinum's white shimmer imparts mesmerizing contrasting effect when combined with colored gemstones as well.

You can yourself try this by comparing similar looking gemstone rings made in platinum and yellow gold. I am sure you will find the difference.

Although platinum - also known as "little silver" - was officially discovered in 18th century, its reference has been found in ancient Egyptians culture and among indigenous people of South America.

However, its first use in jewelry can be only dated back to Edwardian era (1901 - 1920). During most of the first half of twentieth century, platinum was the most preferred precious white metal used in American bridal jewelry. You may also like to read about Edwardian engagement rings.

But, when World War II broke, the US government declared platinum a strategic metal and banned its use for non-military purpose. Result of this decision was, white gold replaced platinum as precious white metal in jewelry.

Do you know, Cartier was the first brand to use platinum in jewelry in early 1900's. Later on other brands too followed the trend with today almost all jewelery brands offering designer platinum engagement rings.

Benefits of Platinum in Engagement Rings

Platinum's high density, malleability and ductility makes it easily hammered or drawn into wire without breaking. This makes this "king of metals" perfect for use in rings - especially designer rings. Its strength enables its less usage in setting gemstones which in turn allows designers to create more delicate designs with less visibility of metal and more spotlight on gemstones and diamonds.

With platinum, fine and intricate metal techniques like filigree, milligrain and scroll-work come out more prominently as compared with other metals. Also, its high ductility (even more than gold and silver) permits it to be stretched into fine wire creating one of the most elegant and complex designs. 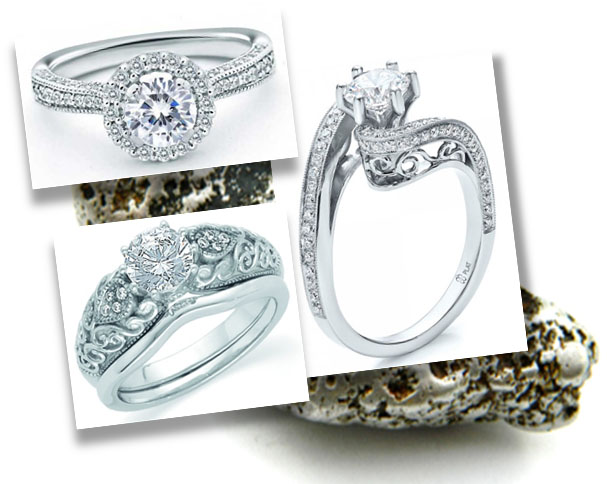 I am often asked why not go for white gold engagement ring instead of platinum, as former is cheaper than latter. So, for your better understanding I have explained below few of the primary differences between these two metals. This should help you in taking a better and informed decision. 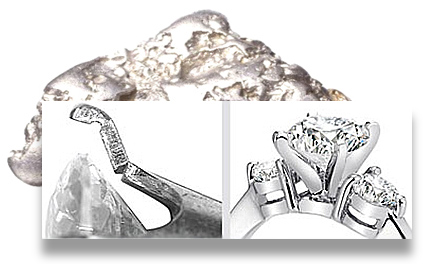 In nutshell, if you are for white luster and can spend big then go for platinum engagement ring. It will last longer with less maintenance required on metal.

Have a look at this photo gallery of some of the striking platinum engagement rings. Click images for enlarged view.

An engagement ring symbolizes promise for the lifetime, and platinum does signifies everlasting love. So, if you can afford, why not celebrate the memorable moment in a special way with a platinum engagement ring.